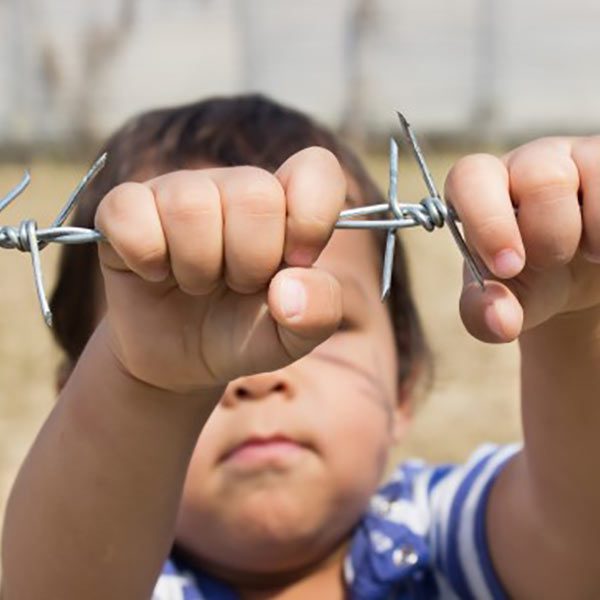 Understanding The Asylum Seeker Experience In The Current Context

We are sorry to announce that due to COVID-19 and the uncertainty surrounding this, this training will be postponed until later in the year. The date is yet to be decided.

IMPORTANT: It is a prerequisite that all participants attending our PD Training Calendar Workshops have completed the ‘Online Introduction to the Refugee and Settlement Experience’ – Please select the ‘Package’ option below (under the ‘single or package‘ menu). The ‘Online training’ will be included free with two or more workshops added to the cart.

This introductory workshop has been developed to give participants an understanding of the asylum seeker experience and the impact of torture, trauma, detention and ongoing uncertainty on individuals. The workshop will include discussion around the impact of current application processes and strategies to support people seeking asylum during this period.

The training will provide tips and strategies to deal with disclosures of asylum seeker related torture and trauma, and how to support in the difficult and uncertain context for this client group. This workshop will also provide an understanding of the concepts of Vicarious Trauma (VT), Compassion Fatigue and Burnout. Participants will learn to identify the warning signs and how work in the area of trauma can cause these responses; and ways to prevent and address Vicarious Trauma and Burnout. This is an interactive workshop that may include case scenarios, peer reflection and discussions.

This workshop has been developed for volunteers and support workers who are not trained as counsellors or advocates working full time in the asylum seeker space.

Ulrike Krauss studied and worked as a Social Worker/Paedagogin in Germany. Since coming to Australia in 1998, Ulrike has worked as a Clinician and Multicultural Mental Health Coordinator at Child and Youth Mental Health. In 2018 Ulrike moved to QPASTT, where she took a position as a Clinical Supervisor and is now Team Leader of a Counselling Support Team whose work is predominantly focused on supporting Asylum Seekers.

Kim completed a Bachelor of Social Work and Human Services at Latrobe University, Victoria in 2009 and has been working with people from culturally diverse backgrounds ever since. Kim accepted an assignment to the Philippines in 2010, as an Australia Youth Ambassador for Development where she gained experience in policy, community and service delivery development.  Returning in 2011, Kim worked with and supported people seeking asylum in Australia, both directly and in leadership roles at the Australian Red Cross and Multicultural Australia (Brisbane).

Kim has gained extensive clinical experience working for Queensland Health in Mental Health and Medical Services, prior to joining QPASTT in August 2019. She is now working as a clinical supervisor where she has a dedicated interest in assisting asylum seekers and refugees recover from trauma, grief, persecution and other adverse experiences through supporting and enhancing clinical practice. Kim maintains a strong interest in the socio-political context and structural factors that influence the refugee experience.

To register for a workshop, follow the above links and complete the application process and payment to receive your confirmation.

Registration for Two or More Workshops:

Payment for each session is electronic through the registration process on the QPASTT website.

Contact the Training Coordinators at 073391 6677 or Qpastt_Training@qpastt.org.au if you have questions or require assistance with workshop registrations.

Street parking in Woolloongabba is 2 hour restricted. We are located near Park Road train station. We encourage you to come by public transportation given that there is not much parking available. Please DO NOT park at the Queensland Health/ Qld Transport premises on Burke St. Their parking fine is $261

All workshops are at QPASTT, located at the Brisbane Multicultural Centre at 28 Dibley St, Woolloongabba in rooms 5 and 6.

Pre-requisite for all Workshops:

It is a prerequisite that all participants attending our PD Training Calendar Workshops have completed the Online Introduction to the Refugee and Settlement Experience – The Impact of Trauma workshop. The content of QPASTT workshops are based on the experiences of people from refugee backgrounds and the impacts of torture and trauma, therefore it is essential that all participants have a basic understanding prior to attending other QPASTT workshops. QPASTT will have an ongoing register of who has completed the introductory online training.

If you have extensive knowledge and experience working in this field, please contact the Training Coordinators at Qpastt_Training@qpastt.org.au.

For those seeking to register and pay as a student, volunteer, unwaged or a QPASTT member, QPASTT does require some evidence prior to the registration. QPASTT require a photocopy or pdf of a valid full-time student card or a letter from the manager of the organisation at which you are volunteering. Please email the Training Coordinators with your documentation at Qpastt_Training@qpastt.org.au.

QPASTT requires payment on registration. Each workshop has a limited number of participants. Registration closes 2 days prior to the workshop. A receipt will automatically be sent when payment has been received.

Transfer Payment to another Workshop:

A registration may be transferred from one workshop to another if notice is received within 7 working days of the original workshop. Please contact the Training Coordinators via 073391 6677 or Qpastt_Training@qpastt.org.au to discuss transfers.